When Pope Paul IV said that the “smoke of Satan had now entered the Church of God“¹ he decided to use Modern Art as a tool to reflect this unholy reverence.  The artwork especially made for this Satanic purpose would be called La Resurrezione (The Resurrection).

The bronze sculpture had been commissioned by Pope Paul VI to Pericle Fazzini in 1965; this would be at the conclusion of the second Vatican Council. The work was inaugurated in the presence of Paul IV in September 1977.²

At the end of his life Fazzini wrote,“Death and life, one thing: they are part of the infinite mystery of men and invisible insects that are equal in this ever more mysterious universe that is never consumed.”³

Interesting thoughts by one who was commissioned to create The Resurrection sculpture that portrayed Jesus rising from a nuclear blast in the Garden of Gethsemane.

It appears that the time period of the commissioning the art and the inauguration of the diabolical statuary was part of a magickal working designed by those in the know who had ushered in the smoke of Satan. Those within the know may attend one of the four Scottish Rite lodges situated within eight city blocks that make up the Vatican State; many of the highest Vatican officials are Freemasons.4

Clearly the infiltration of the modern art crowd was just the provenance the Vatican needed in order to guide the faithful towards it’s modernist ideals.  The Vatican American art agent, Lawrence Fleishman, Detroit native and owner of the Kennedy Galleries in New York, was in charge of obtaining art for Pope Paul’s approval. The pontiff clearly had a preference for Jewish artists, almost 60 percent of his selections were by Jewish artists, perhaps reflecting the Church’s reorientation with other faiths through the proclamation Nostra Aetate.5

Lawrence Fleischman worked with the homosexual Cardinal Terence Cooke to establish the Friends of the Vatican Museum.  Baron Hans Heinrich Thyssen-Bornemisza was on the museum’s committee. Interestingly, Barbara Fleischman described the baron as, “…a very, very patrician man, but very wicked—…and very much fun. She also said that, “…his friendship with Larry [her husband] was very, very special.6,7 The Thyssen family were wealthy patriotic German industrialists who supported Hitler during the war.8

The Fleischmans were also good friends with Archbishop Paul Marcinkus, who was accused by Anthony Raimondi of killing Pope John Paul I.9 Not only was the archbishop involved in Vatican art procurements, but he was basically the pope’s right hand man in financial affairs.

Marcinkus was president of the Vatican bank and after Pope Paul’s death in 1978 he was reconfirmed as president of the bank by Pope John Paul II, who ordained him as an archbishop in 1981. He was then indicted in the multibillion dollar financial collapse of the Banco Ambrosiana in 1982.10

He is quoted as saying, “You Can’t Run a Church on Hail Marys.”

Marcinkus is also accused of ordering the kidnapping of 15 year old Emanuela Orlandi, who disappeared on June 22, 1983.11 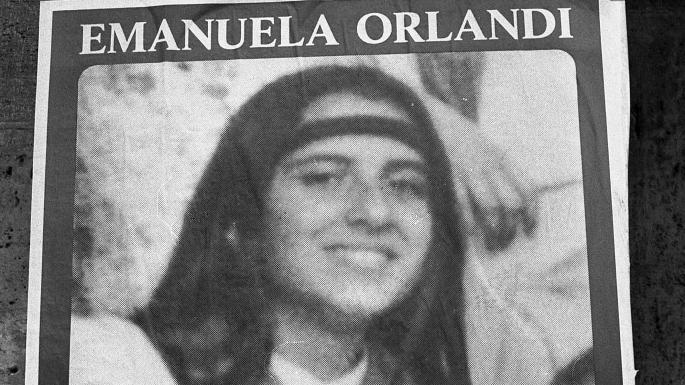 The 1963 Vatican Enthronement of Lucifer: A ‘Windswept House’ Update