The Truth About the Madeleine McCann Case

The British government has spent a lot of money on the Madeleine McCann case.  Is it any closer to being solved?

Goncalo Amaral led the initial investigation into the disappearance of Madeleine McCann. He became increasingly suspicious to what he discovered and claimed a cover-up from the Gordon Brown and British intelligence agency MI5.

The Strange Case of Tony Blair, Gordon Brown and the McCanns

“Gerry McCann is a free Mason and i would think so are Brown and Blair and most of the old boy net work.  They all look out for each other and i am sure would do anything they needed to do to protect each other.”

Detective Goncalo Amaral wrote a book about the case.  His book was banned for six years. 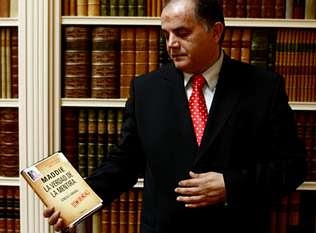 Goncalo Amaral with his Book Maddie: The Truth of the Lie