Hello friends and fellow Earth Beings.  I have come up with a new series called Critical Thinking Media — how to unconfuse the news. I will discuss topics using a ‘critical thinking’ perspective along with my usual humor, sarcasm and theatrical skills. I am targeting future generations and anyone who is inspired to learn the truth about what is actually going on on this planet. I am going to try and do one per week though I have other projects percolating also and don’t know if I can keep up with that time frame consistently.

I hope you enjoy it!

Ike’s Free Ride and Other Tales of Horror 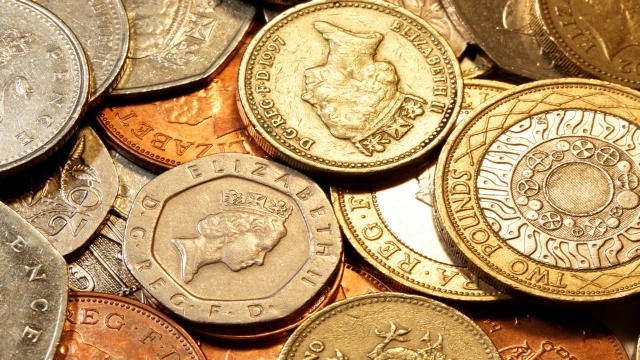 Forget Hitler. Look at the International Bankers and what they really wanted accomplished during WWI and WWII.

The Brits, after being infiltrated by the International Banking Jewry, found themselves floundering economically. Their far flung ’empire’ was expensive to maintain, kind of like Rome was, and Germany was going to usurp them.

Yes, the sun began to set on the British Empire and the City of London needed a plan.

Time to start a war!

The bankers did not like Germany. Germany was going to be a big threat to them in their City of London Demon Financial Complex, so they had to beat it down.

What else are you going to do with German art,  Innovation and Engineering that is going to surpass you?  And all you can do is count coins?

“At first almost unnoticed after 1850, then with significant intensity after the onset of the Great Depression of 1873 in Britain, the sun began to set on the British Empire. By the end of the 19th Century, though the City of London remained undisputed financier of the world, British industrial excellence was in terminal decline. The decline paralleled an equally dramatic rise of a new industrial Great Power on the European stage, the German Reich. Germany soon passed England in output of steel, in quality of machine tools, chemicals and electrical goods.

In fact Engdahl makes a very important observation: “One of the better kept secrets of the 1914-1918 world war was that on the eve of August 1914, when Britain declared war against the German Reich, the British Treasury and the finances of the British Empire were in effect bankrupt.”[10] The bankers had all the money and could dictate, whatever they wished, to the British Government. So complete was the hold of the bankers on the British government that British intelligence was headed by bankers in general, or their stooges. The same model is followed by the CIA which developed out of the OSS (Office of Strategic Services) set up by Roosevelt in 1942 on the advice of the British intelligence.

“Towards the final decade of the nineteenth century, British banking and political elites had begun to express first signs of alarm over two specific aspects of the impressive industrial development in Germany”.[7] The two factors were the emergence of superior German naval and merchant fleets and the ambitious Berlin-Baghdad railway line which would have taken Germany to the source of oil by land, without any threat from the British navy.

The realization that ships powered by petrol are far more efficient, lighter and faster than the conventional coal driven vessels, and the invention by Daimler, in 1885, of the first petroleum driven motor, made oil the most sought after commodity by military strategists who comprehended its significance. The military importance of oil was not really known outside tiny strategic circles at that time. But that started the oil grab and more than a century of ongoing warfare for oil.”

To sum it all up, Kamran states that:

“One must never forget that the international bankers are one integrated brotherhood, tied by intermarriages and working through secret and overt societies, with a long range target of setting a one world government. War is their main instrument for bringing governments and nations under their increasing control.”

Because all they can do is count coins.