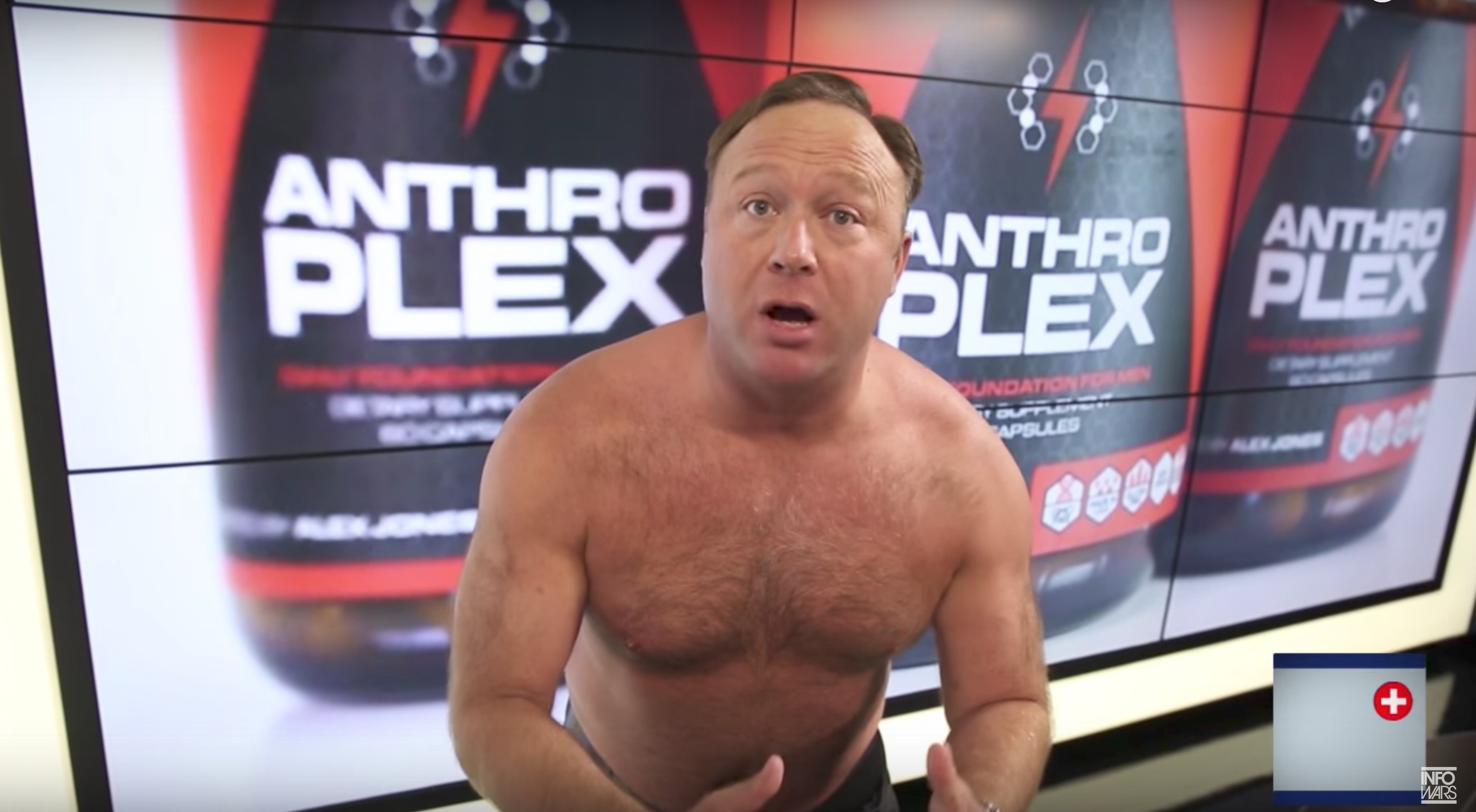 I used to give Alex Jones, popular alternative talk show host, the benefit of the doubt. I thought, well maybe Alex is working on some counterintelligence project, because he is so obviously CIA…

Maybe even playing that 3D chess,  the theory some in the alternative media/intelligence have made up, which I swear they got from reading MY BOOK, In the Shadow of Shakespeare, which has a scene with Frances Walsingham talking to Christopher Marlowe and challenging him to a game of chess on a three dimensional board he got from Spain.  Anyway, I read that theory of Trump playing 3D chess in order to save the US Republic from traitors and infiltrators and could appreciate the humor of all the world is a stage, art imitates life sort of thing, because clearly so much of what is in the media is FICTION, like Alex Jones the performance artist.

…who didn’t get rich from selling boat loads of male enhancement formula to all those people who apparently can’t get erections due to all the plastics in the environment (hint, don’t drink bottled water)

But clearly the male enhanced Alex Jones is most definitely working for the Zionists in all shapes and sizes. He admits being a freemason (many lodges are pro Israel/Zionist) and international freemasonry is run out of the City of London.  And He constantly backs Trump and clearly Trump is a puppet of the Kosher Nostra (Jewish mafia).

And it should be clear to you by now that Trump does not care one iota for the American people.

He is a liar and will continue to lie.

By the way, certain prominent alt media fixtures, one of them being Alex Jones, emerged around the time of the demise of Bill Cooper. Why is that?

Also, for those infatuated with Qanon (who is supposed to be some intelligence asset who knows everything), Bill Cooper was a real Q.  He was in the Office of Naval Intelligence and had a Q clearance.

Alex Jones is currently involved in his Sandy Hook elementary school shooting debacle, claiming firstly that it was all a hoax, but seemingly in hindsight now says that he was suffering from a bought of psychosis when he made those allegations.  An interesting analysis, because this argument reflects a short term psychosis diagnosis, and what we know of Alex Jones, he apparently has been suffering from psychosis for a long time, for instance when he announced that the Russians were invading and marching up the Mississppi River.

With a wide brushstroke, by diagnosing himself as psychotic, he is either strategically or inadvertently painting all people that question the reality of false flags as psychotic, something the Soviets were known to do when people questioned the government.

Alex Jones, actor, is used to disrupt critical thinking people as a strategic agent provocateur of the worst possible kind.

The Truth About William Cooper and His Death