Throw a rock in a pond and it ripples and ripples and ripples..until it stops. Or does it? Have not the water molecules been displaced into different arrangements? Patterns? And so it goes with the latest false flag…there is a new pattern emerging from the chaos…but you must pay attention to keep track of it. So keep track of it in your part in of the world and learn how everything connects. A lesson in real time.

Remember, false flags are constructed events. That means they are not ‘organic’ in nature, but have been manufactured by intelligence agencies to further an agenda. That means they may contain fake and real events, and information may even be altered by digital techniques, such as computer generated imagery (CGI).  History of the term ‘false flag.’

New Zealand: The Unraveling of a Israeli Mass Murder?

An example. What do we have happening in my part of the world during this event? Well, let’s examine that: 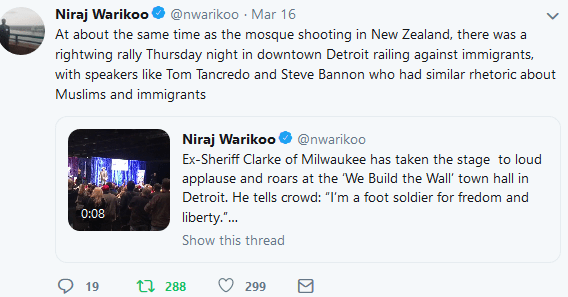 Also, on March 16, 2019 a vigil was held at the University of Michigan for the victims of the two mosque shootings in Christchurch, New Zealand.

Then, suddenly at Mason Hall… 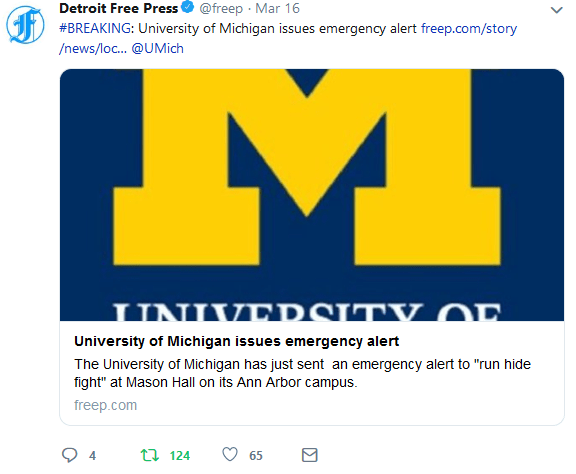 “University police said they received as many as 20 reports at 4:35 p.m. of shots fired in Mason Hall.” 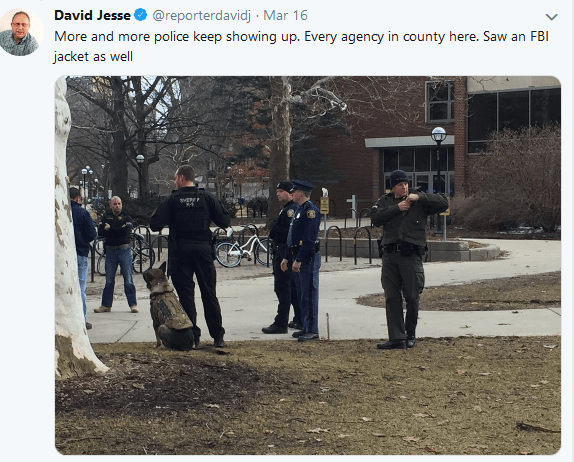 During further analysis we find that:

Amazing the amount of information you can find out with that many cops investigating.

Now watch and pay attention on how the official narrative is propped up and spins into more propaganda incidents:

8/04/19 Celebs and Politicians Call for Gun Control Following Dayton Shooting: ‘We Have to Do Better’

3/21/19 Why white nationalist terrorism is a global threat

3/21/19  Christchurch shootings: The people killed as they prayed

3/16/19  Israel warns will use ‘uncompromising force’ against Gaza

4/4/19  Anti-Semitism Is Back, From the Left, Right and Islamist Extremes. Why?