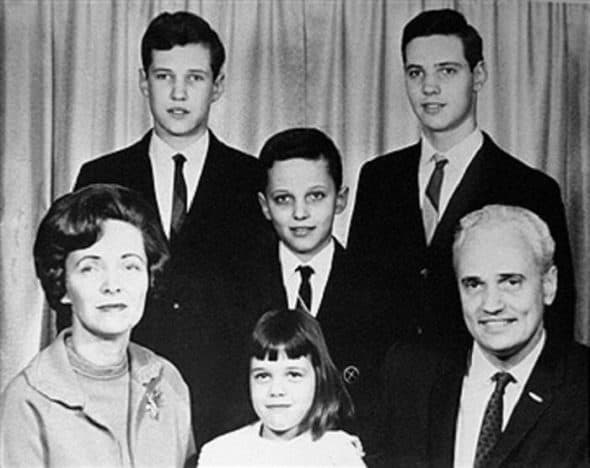 I recently read with interest about an old cold case on What the Hell is the Deal with the Oakland County Child Killer Investigation? An aptly titled blog by Catherine Broad. The cold case in question is concerning the Robison family Murder in Good Hart, Michigan in 1968. I decided to to some digging. I found some articles describing the murder. But of course there was quite a bit left out. I mean really, why bring up cults and military intelligence and freemasons in the same article. Those things are so unrelated, and anyway, it’s so Andy Griffith Mayberry up in Good Hart, Michigan. No one would get it. Nope. Gosh darn. Not at all. Not in a million years.

So I bought the book by Mardi Link, who does a good job of detailing the murder and investigation.

Catherine Broad compares the Mardi Link book and how investigators helped Mardi out quite a bit, but in contrast, police and investigators mainly stymied the Oakland County Child Killer Case when families felt, well, their questions weren’t being answered regarding their children being raped and tortured and killed by possibly a high profile pedophile network where one person of interest owned an island in Michigan, North Fox to be exact, and quickly disappeared when the realization that dots might connect, and lo and behold it looks like…damn, could it be? Investigators let him get away? …But really, nothing to be concerned about in little ole’ Michigan.

I would bet that law enforcement helped Mardi Link out because 1. They are mainly ethical cops 2. This case has nothing to do with pedophile networks and 3. No one would get the military intelligence cover-up, which is probably at the front and center of these murders.

Let’s start at the end. Chief Prosecutor Noggle decides that there really is no case against the main suspect, Scolaro, after the two main detectives have painstakingly detailed everything in an exhaustive report which they deliver to him. The Attorney General of Michigan at the time, Frank Kelley, agrees with Noggle.

Now, wouldn’t you find this suspicious? Especially after the two hard working detectives turn over every stone and bone, collecting all manner of evidence, interviews, leads, etc? A good case? A tight case?

But wait. Prosecutor Noggle has an epiphany. He tells detectives to go and look at, no investigate, a guy that has no real relationship to the murder, other than he built the cabin that the Robisons were killed in. Why? Because, well perhaps, he is a bit odd, and likes to talk to himself. And you know…Prosecutor Noggle said so!

Why would Prosector Noggle say so? Perhaps he was avoiding some things that he really didn’t want divulged during a trial with chief suspect Scolaro. Some things that the prosecutor decided after sniffing around a bit, smelled like, ummm, maybe a military intelligence operation. Yes, perhaps Prosecutor Noggle had some expertise in all of that being involved in military tribunal courts in Germany after WWII.

And what about this chief suspect Scolaro? Why, he was a military intelligence operative! Yes, indeed. According to him he was also Robison’s right hand man in Robison’s ad business. He also liked skimming money off the accounts which perhaps he thought Robison would never find out about.

And Robison? Well, apparently he had a few investors that may have been part of a strange cult he was in. In fact, he wore a pendant around his neck, kind of like the scapular Catholics wear for extra protection, possibly from these investors. This pendant stated basically he was a ‘chosen son.’ It sounds a bit like Jesus, doesn’t it? But perhaps because he was a Freemason he was a bit suggestible.

Not only that, but his spiritually inclined investors also liked to ply him with sexy women secretaries who he liked to undress and stare at..just their legs. He did this with all of them, except one. The one detectives hunted down in Florida who married an extremely wealthy man and did work as a secretary for Mr Robison. No, they didn’t have an affair, she said. She said that he asked her about her feelings. Yes, he apparently wanted to know all about her feelings and not the other way around. Ummm. Right. That sounds extremely plausible. Did anyone think that maybe this person was some kind of intelligence operative? Trying to squeeze information out of Mr Robison? No. Apparently not. Nothing to see here. Let’s move on.

Yes, Mr Robison was a very creative, intelligent person the intelligence agencies often seek out for their operations. Chief suspect Scolaro said that Mr Robison often went on secretive business meetings to further his business dealings with his elusive spiritual investors. One of these places was San Francisco. San Fransisco at that time was a hot bed of cults and intelligence activity. In fact, military intelligence pretty much invented the ‘counter culture’ hippy movement.

Could it be that Mr Robison was lured into a cult that promised him untold riches, plentiful sex, and peace and love on a planetary scale? Could this have been a military operation that possibly went wrong? Or right? Or something in between?