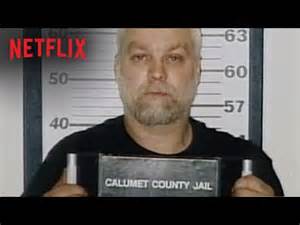 I was considering titling this:  ‘How Retarded can the Cheeseheads get?’

If you haven’t seen the Netflix series on the Avery case based in Manitowoc, Wisconsin, do so.  You are in for a real treat.

This case study will show how disgustingly corrupt the American justice system can really become.

First off, if you haven’t seen every damn detective/forensic show on boring cable TV, and have learned the basic modus operandi of most murders is greed…Then you have entirely missed the plot of the human race.

Secondly, that is the basic modus operandi of the corrupt district attorney, his cadre of corrupt sheriffs, and why they stuck two innocent people in jail.

And why the Supreme Court won’t even touch it?  Why, then we would get to see how corrupt all the agencies are!  Like the FBI, the court system…etc. etc.

Investigators in this case should look really hard at some people.  But, as we all know, the FBI is not known for its brilliance–just its cover-ups.

Exhibit A. and Exhibit B. most probably planted evidence in this case.  Why would they do that?  Because Steven Avery had a case against them for wrongful imprisonment. To the tune of millions of dollars.  They might also have committed, or have been complicit in the murder and/or cover-up of the murder of Teresa Halbach.

Exhibit C., in his closing arguments, using a subtle knife twist of psychological propaganda, argued that Exhibit A and Exhibit B would never ever plant evidence. They were such good members of the community. And you don’t want to destroy their lives. Do you?
Basically planting a fear complex of the cops in the populace.

Later, Exhibit C was completely discredited because he turned out to be a sadistic pervert who stalked domestic violence victims.