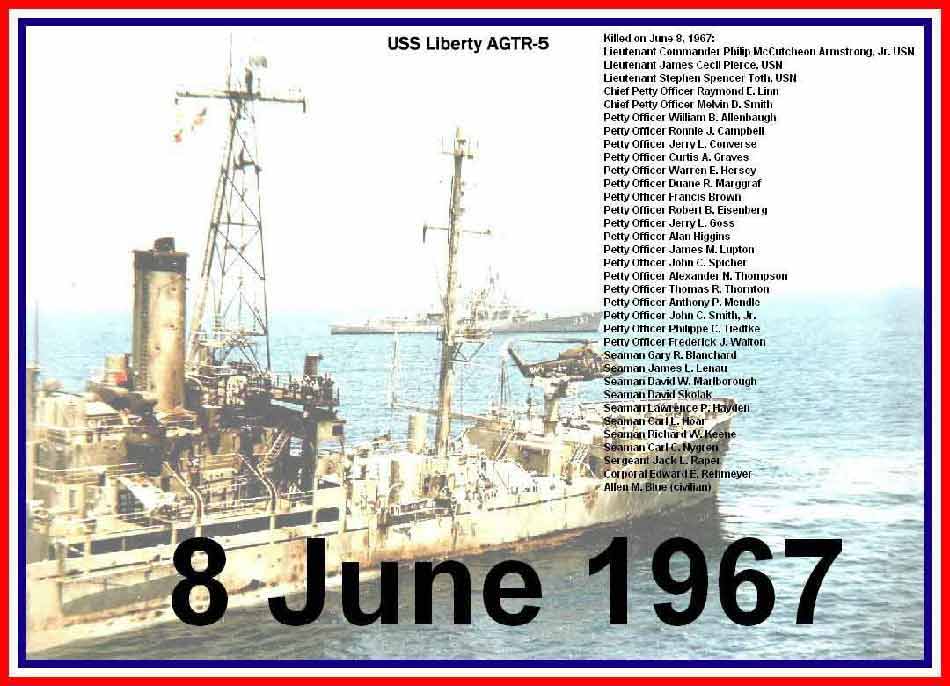 I am vehemently opposed to the vast influx of radical Western Jewish settlers into Israel’s post-1967 borders and the extensive support the US Government has directly and indirectly provided to those settlers. I am also acutely aware of and outraged by President Johnson’s efforts to have Israel send the USS LIBERTY and her crew to the bottom of the Mediterranean Sea in June 1967.

Johnson’s orders regarding the USS LIBERTY were a criminal betrayal of US citizens everywhere and should be properly publicized and exposed for the US public to see as proof of right-wing Zionist control reaching to the top of the US Government.

No one who learns about the USS LIBERTY can ignore the extent of Israel’s grip on US leaders. I was a child in Malta when the USS LIBERTY was brought into port and my father was the US Embassy liaison, so I have first-hand, vivid experience with this act of treason by President Johnson.

Who had a hand in the USS Liberty besides President Johnson? Why, no other than John McCain’s father!

Currently Gwenyth Todd is living in Australia, because it is not safe for her here in the US.

What is Gwenyth Todd’s crime? Stopping a war with Iran.