“The Protocols of the Learned Elders of Zion may be briefly described as a blueprint for the domination of the world by a secret brotherhood. Whatever may be the truth about their authorship—and, as will be shown, this has been the subject of bitter dispute—there can be no doubt that the world society to which they look forward is nothing more or less than a world police state. 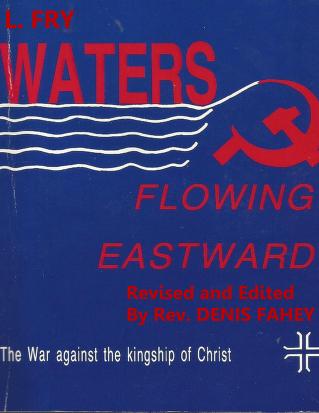 The similarity between what was forecast in the Protocols and the fate which had befallen Russia under the Bolsheviks was so marked that, after these long years of neglect, they rapidly became one of the most famous (or notorious) documents in the world.

Walter Rathenau, the Jewish banker behind the Kaiser, writing in the German Weiner Frei Presse, December 24th 1912, said:— “Three hundred men, each of whom knows all the others, govern the fate of the European continent, and they elect their successors from their entourage.”

Confirmation of Rathenau’s statement came twenty years later in 1931 when Jean Izoulet, a prominent member of the Jewish Alliance Israelite Universelle, wrote in his Paris la Capitale des Religions:— “The meaning of the history of the last century is that today 300 Jewish financiers, all Masters of Lodges, rule the world.”

Rathenau was involved in organizing the German war economy during WWI and after the war he served as the Foreign Minister.

German students had chanted from the outset of Rathenau’s tenure as Foreign Minister, “Strike down Walther Rathenau/ The God-damned Jewish sow!”

There were other, more measured, responses.

Karl Helfferich, who served as Germany’s Secretary of the Treasury at the beginning of the First World War, remained an ardent nationalist and became a steadfast critic of the leadership of the Weimar Republic.[xx] Helfferich criticized Rathenau in regard to Germany’s policy on reparations—in early June of 1922 Helfferich delivered a speech in the Reichstag in which he invectively asserted that Rathenau was “utterly ruining Germany and the German people in subservience to the Entente.”[xxi]

“Everywhere the same aims, the same methods, the same authors, the same times. Not recognizing a common project in what is the “baptism” of modern society is an incredible thing, even if someone tries to hide behind the complexity of history, of human affairs, thus isolating individual facts, for the sole purpose of not including them in their relative frame.

A very secular historian like Giovanni Spadolini (1925-1994), in his Giolitti and the Catholics ( 1901-1914 ) , very clearly admits the role of the Secret Societies, with their ferocious anti-Catholicism, in the history of united Italy, up to the end of ‘800; then, for some reason, these Societies would have suddenly lost all importance and all influence, except to remember that almost all the liberal deputies elected after the Gentiloni Pact of 1913, despite having requested the vote of Catholics, were in reality Masons.

Behind there is a design, a secret plot that is typical of every modern revolution and that is characterized as the work of a few, of an enterprising and active “elite” that can rely more on capital than on the ideal, and which it is carried out under the banner of Voltaire “enlightened despotism”, in the name, it is said, but not on behalf of, nor at the request, of the people.

Benjamin Disraeli (1804-1881), Prime Minister of England during the reign of Queen Victoria, wrote in his novel Coningsby: “The world is governed by quite different characters who do not even imagine those whose eye does not reach behind the scenes”.

The image obtained from reading this article is undoubtedly that of an inextricable intertwining between the economic power centers of the planet and the submerged world of initiatory esotericism and Secret Societies. The common goal to which these joint forces have been working for at least three centuries is no mystery: “World Government is inevitable. It will be born in one of the following ways. Either as a World Empire, with mass slavery imposed by the victory of a Third World War, or it can take the form of a World Federal Republic, established through the gradual integration of the United Nations “(see GA Borghese, Foundations of the World Republic, 1953). But this “empire” is unachievable if first what has not been able to be destroyed over the centuries – the Catholic Church – is not made adogmatic and finally absorbed by the Universal Religion that is to be established.”

The Freemasonic Enemy of the Kingship of Jesus Christ 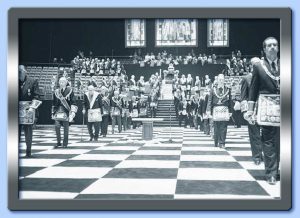 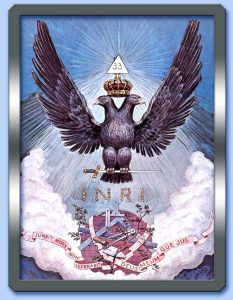 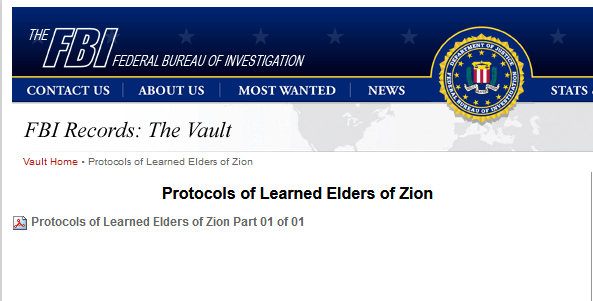