After you study sex trafficking, pedophile rings etc, you run up against a very dark network that reaches to the pinnacle of power. If you make any noise about it you will probably find yourself harassed on the physical and spiritual realms. Many investigators know all about the demonic aspect of these power cabals and develop a faith in God. 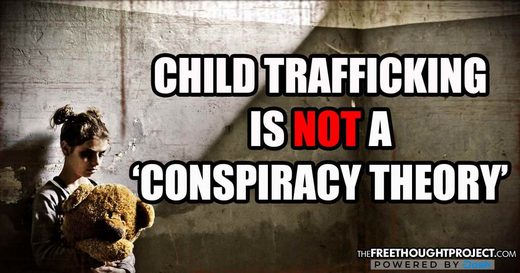 Feeling this heavy duty harassment I asked for protection and received a Grace from God and the spiritual harassment was lifted from me.

I was baptized a Catholic, but my parents fell away from the faith so I had to ask to have my first communion and confirmation after a sudden burst of religiosity around the age of twelve. I then fell away from the faith, but generally considered myself an agnostic, but never an atheist. I always new something was there, and I spent much time searching for it, studying Zen Buddhism for a time and looking into all types of beliefs, which is basically your New Age smorgasbord system. So it is a little ironic I go full circle to my Catholic baptism.

Imagine my surprise when I started studying Catholicism again and found out about the complete chaos in the Church. Crazy!

I consider myself in a unique position as a researcher in understanding what is going on as I have newly come across the information on what is happening within the Catholic Church.  Viewing things ‘with fresh eyes’ so to speak.

The Vatican is also a political entity, so it is also not surprising that it factors heavily in all sorts of New World Order shenanigans. Much to the detriment of loyal and faithful Catholics. But like Father Ripperger says, some people in the Church are going through a lot of turmoil so it is best not to pay much attention to all of the gossip and goings on of the ‘players’ since it will only bring you down spiritually.

Speaking of which, there is an obvious agenda to completely subvert the church into something that it is not. Consider the way it has been ripped apart since Vatican II. The pedophile priest crisis, the push for women priests, and normalizing LGBT issues within the church; always it is pushed under a more ‘inclusive’ agenda, a more accepting and tolerant church. More permissive. As if they will make you holier.

Consider the words of Margot Adler, a wiccan priestess:

I found ecstatic power in Catholic ritual in the Latin Mass. I desperately wanted to be a Catholic. But because of beliefs or dogmas that seemed ir­relevant, I couldn’t find acceptance in the traditional Church. That’s where pagan religions are appealing to many-they provide that ritual.¹

Margot Adler is the grand-daughter of psychiatrist Alfred Adler.

Consider too that psychiatry has been used as a subversion technique by the intelligence agencies objective of changing people’s social value systems over a long term time period. The kickoff of mass unrest in the 1960s was generally developed and monitored by CIA/Tavistock initiatives. Various foundations and agencies are still working on projects today involving easily managed left/right narratives people react to emotionally. A highly agitated emotional state is the most easily programmable. Don’t think they ever give up or give in, because it is all part of the subversion. Ultimately their agenda is Luciferian because it’s rooted in materialism and not based in spiritual well being.

1 Satanism and Witchcraft: A concern for the Vatican.  An EIR inquiry by Sandro Mitromaco and Ira Liebowitz

Satan to Exorcist: “My foothold in the Catholic Church is the self-love of its members.”