Writing to a friend, Jorge described the new arrivals in Buenos Aires, Argentina basically as stupid boys and pimped out girls.

Jorge Luis Borges is considered a founding figure of magical realism, along with other writers such as Isabel Allende and Gabriel Garcia Marquez.

Jorge sought to connect the past and its myriad connections to a people through the use of writing.  He pioneered the techniques of magical realism to accomplish this task through the communication of an unconscious triggering of a symbolic code as in his short story collection The Aleph … a point in space that contains all other points. Anyone who gazes into it can see everything in the universe from every angle simultaneously, without distortion, overlapping, or confusion.

Interestingly, Jorge was well versed in Shakespeare, having picked up the plays and sonnets at twelve, so perhaps he learned this symbolic attribute from the bard.

At the end of his life Jorge began to worry about an afterlife.  Jorge’s wife regarded him as Agnostic, as herself, but she said she would call someone more qualified to offer some guidance.  Jorge replied, ” You are asking me if I want a priest.”

Perhaps this statement was the final summation of thought in narrowing the path of his own labyrinth towards the point of return of his personal Aleph. 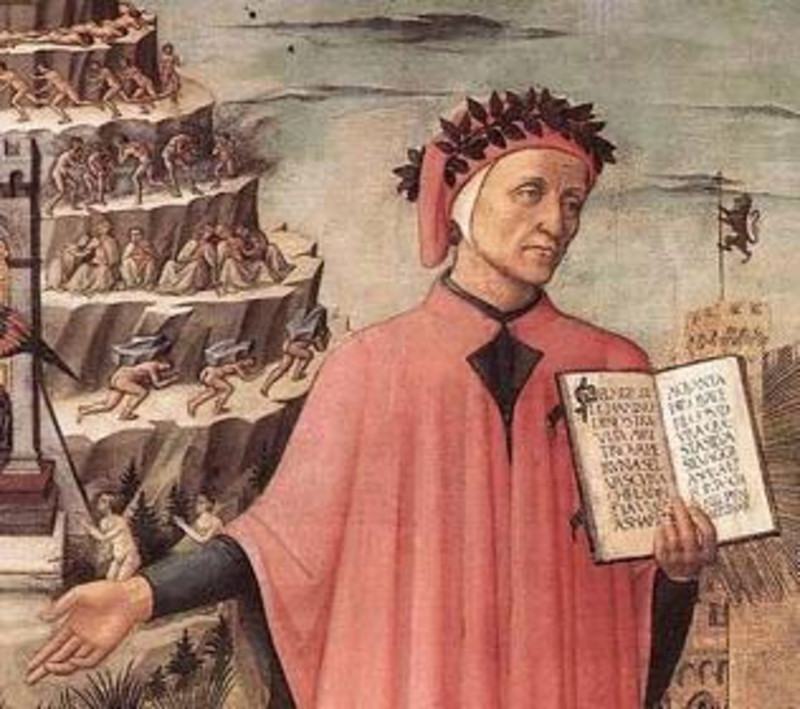 This is Dante Alighieri.  Dante was a poet.

Dante loved Beatrice, who was his muse.  She died young.

Dante never got over her.

Dante wrote the Divine Comedy.  In it are Nine Circles of Hell.  Could this mirror the Nine Muses?  If they are not properly respected and acknowledged?

Dante was a White Guelph. The Black Guelphs did not like Dante and banished him from Florence.

The City (financial) is part of a corporate triangle which also includes:

Washington D.C., US (military)
and
The Vatican (religious)

The corporate triangle runs the world through interlocking networks of all manner of business, communications, banking, insurance, etc. agencies.

It is called the Committee of 300.

1 Otto Rahn. Crusade Against the Grail: The Stuggle Between the Cathars, the Templars, and the Church of Rome (Rochester, VT : Inner Traditions, 2006)

Recently perusing Goodreads I came across some Stephen King rants.  I would have to agree.